A Beginner’s Guide on Quartz Watches 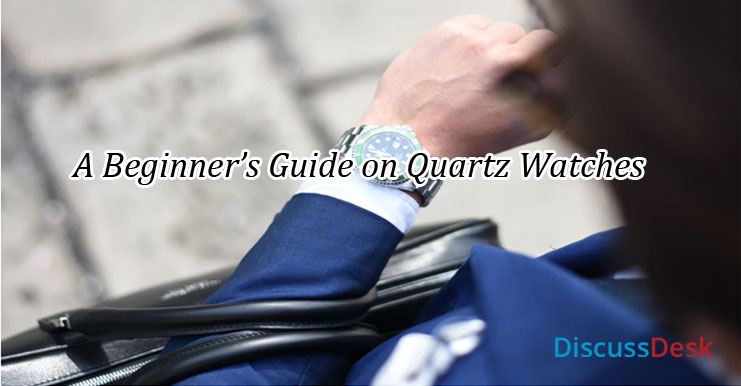 Quartz watches are one of the most popular types of watches in the market today. You might see people wearing them, or your friends have been talking you into buying one.

Regardless of the circumstances are, quartz watches are widely used because of their functionality, aesthetics, and features. If you are considering getting one for yourself, the best way to do is to know what quartz watches are and what they can offer to you.

What Is A Quartz Watch?

Quartz watches are considered the standard watches, as they comprise 97% of the watches made every year.

Quartz watches use a battery to provide power to the mechanism. To generate power, an electric current is sent through a small quartz crystal and electrifies the crystal to produce vibrations. These vibrations drive the motor to move the hands and maintain an oscillating movement.

The History of A Quartz Watch

The start of the quartz watch revolution began in the last week of the 1960s. Seiko, a Japanese watch brand, released the Astron, the first quartz wristwatch released in the world.

The Astron was a limited edition of 100 gold-case watches which were worth ¥450,000, similar to the price of a Toyota Corolla. The battery-powered movement of the first quartz wristwatch had featured a quartz oscillator. The oscillator has a frequency of 8,192 Hz, which was accurate to within five seconds a day.

Analog quartz watches were not the ones that created the first big fuss in the quartz revolution. The digital watches did. Around April of 1972, the Hamilton Watch Co. introduced the Pulsar, the world’s first digital watch.

The Pulsar was worth $2,100 which had a gold case and a light-emitting diode (LED) display. This lights up for you to see the time in digits by pushing a button on the case. Digital watches were electronic and with no moving parts, while analog quartz watches had conventional hands and dial.

But since LED has some drawbacks, the LCD technology was utilized and it became the standard in the production of digital watches. More and more watches were produced from the Far East Asian countries such as Singapore, Taiwan, South Korea, mainland China, and Hong Kong.

By the 1980s, Hong Kong was considered the fastest running center for watch production as the country exposed more than 126 million watches. And more than have of them were digital watches.

Parts of A Quartz Watch

The battery provides power to a  watch. A battery can be used for 1 to 5 years, depending on its quality.

The integrated circuit is responsible for the transport of electricity in the various components of a watch.

The quartz crystal found inside the watch produces a voltage from the vibrations caused by the electrical charge from the battery.

The gear train makes the watch’s hands move by regulating the energy from the stepping motor.

When you have enough knowledge about watches, it will be easier for you to decide if you should get one or not. Aside from their functionality and thinness,  watches are known for their accuracy in telling time which might be something you need.

Once you make the call of purchasing one, it would be more convenient for you if you have an idea as to where you can get components for your watch when the time comes that it will need some repairs. Soflypart.com has a wide selection of watch parts your timepiece needs.