DiscussDesk >> Software >> Best encryption tool you can use

Best encryption tool you can use 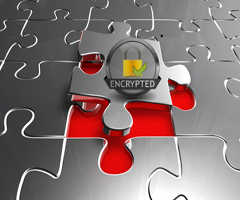 Encryption software is software whose main task is encryption and decryption of data, usually in the form of files on (or sectors of) hard drives and removable media, email messages, or in the form of packets sent over computer networks.
In cryptography, encryption is the process of encoding messages (or information) in such a way that eavesdroppers or hackers cannot read it, but that authorized parties can.  In an encryption scheme, the message or information (referred to as plaintext) is encrypted using an encryption algorithm, turning it into an unreadable ciphertext (ibid.). This is usually done with the use of an encryption key, which specifies how the message is to be encoded. Any adversary that can see the ciphertext should not be able to determine anything about the original message. An authorized party, however, is able to decode the ciphertext using a decryption algorithm that usually requires a secret decryption key that adversaries do not have access to. For technical reasons, an encryption scheme usually needs a key-generation algorithm to randomly produce keys.

Encryption software executes an algorithm that is designed to encrypt computer data in such a way that it cannot be recovered without access to the key. Software encryption is a fundamental part of all aspects of modern computer communication and files protection and may include features like file shredding.
The purpose of encryption is to prevent third parties from recovering the original information. This is particularly important for sensitive data like credit card numbers.
Different types of encryption tools are given below:

PGP: Pretty Good Privacy (PGP) is a data encryption and decryption computer program that provides cryptographic privacy and authentication for data communication. PGP is often used for signing, encrypting and decrypting texts, e-mails, files, directories and whole disk partitions to increase the security of e-mail communications. It was created by Phil Zimmermann in 1991.

GnuPG: GNU Privacy Guard (GnuPG or GPG) is a GPL Licensed alternative to the PGP suite of cryptographic software. GnuPG is compliant with RFC 4880, which is the current IETF standards track specification of  OpenPGP. Current versions of PGP (and Veridis' Filecrypt) are interoperable with GnuPG and other OpenPGP-compliant systems.
GnuPG is a part of the Free Software Foundation's GNU software project, and has received major funding from the German government.

Silver Key: If you need to send sensitive data over the Internet you should encrypt it first. But what about the other side? Your correspondent will probably not like the idea of buying and learning some software just to decrypt your file. No problem here if you are using Silver Key.
Silver Key produces encrypted files (or parcels) ideally suited for sending sensitive data over an insecure channel like the Internet. Silver Key parcels are self-extracting, so the correspondent on the receiving end does not need to install any software to decrypt the file.

TrueCrypt: TrueCrypt is a freeware software application used for on-the-fly encryption (OTFE). It can create a virtual encrypted disk within a file or encrypt a partition or (under Microsoft Windows except Windows 2000) the entire storage device (pre-boot authentication).

FreeOTFE: FreeOTFE is an open source on-the-fly disk encryption (OTFE) computer program for PCs running Microsoft Windows, and personal digital assistants (PDAs) running Windows Mobile (use FreeOTFE4PDA). It creates virtual drives, or disks, to which anything written is automatically encrypted before being stored on a computer's hard or USB drive. It is similar in function to other disk encryption programs including TrueCryptand Microsoft's BitLocker.