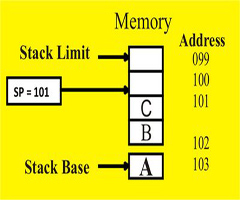 A stack pointer is a small register that stores the address of the last program request in a stack . A stack is a specialized buffer which stores data from the top down. As new requests come in, they "push down" the older ones. The most recently entered request always[...] 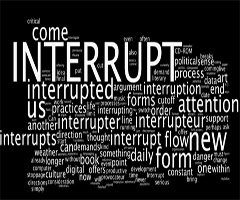 An interrupt is a signal from a device attached to a computer or from a program within the computer that causes the main program that operates the computer (the operating system  ) to stop and figure out what to do next. Almost all personal (or larger) computers today are interrupt-driven[...] 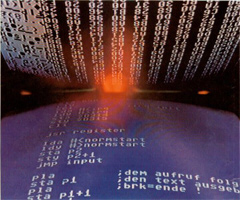 # Multicomputer  Multiprocessors 1 A computer made up of several computers. similar to parallel computing. A multiprocessor system is simply a computer that has more than one CPU on its motherboard. 2 Distributed computing deals with hardware and software systems containing more than one processing element, multiple programs, running[...]