Tom Clancy’s Rainbox Six Siege is available via Xbox One 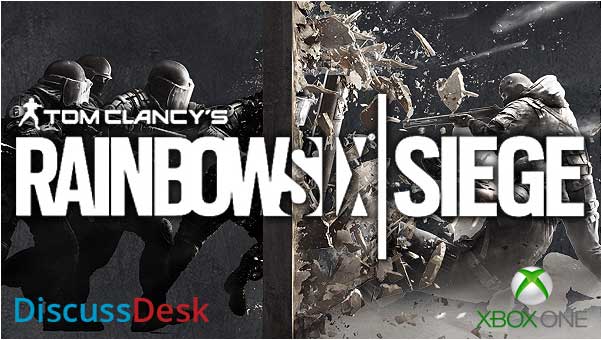 The Tom Clancy's Rainbox Six Siege is available for you through Xbox One. It’s the latest of Tom Clancy's Rainbow Six award-winning FPS series. Developed and Published by Ubisoft, the Rainbox Six Siege challenges gamers to master the technique of destruction. The players are subjected to engage in deadly fire fights as soon they infringe entry points.

The  Rainbox Six Siege is available in two versions:

Both versions of Rainbox Six Siege come with redeemable codes for Rainbow Six Vegas and Rainbow Six Vegas 2 for Xbox 360 and Xbox One through backwards compatibility. The game features many Operator Classes added with many great weapons and tools for maximum destruction.

The list is not exclusive but only features those weapons suggested by test players through various online sources.

Playing Tom Clancy’s Rainbox Six Siege shall infuse very level of camaraderie in gamers, its highly rigorous, engaging and features great gadgets. The game is 8 star rating out of 10 in many game review forums.

At the time of writing, the Xbox is offering 2 free games for the purchase of one. Purchase Rainbow Six Siege. Get a copy of Rainbow Six Vegas and Rainbow Six Vegas 2, playable on Xbox One. (Terms and Conditions Applied). Till how long this offer shall run I can't say. Those who love shooter games can buy Tom Clancy’s Rainbox Six Siege through Xbox one. Following given the purchase links:

Here is the Official Page of Tom Clancy’s Rainbox Six Siege. Also you can meet them at Facebook https://www.facebook.com/ubisoft and Twitter https://twitter.com/Ubisoft

How many points you give to Rainbox Six Siege, share your opinion and overall experience with us through comment box below.

If that is not enough to fulfill your gaming appetite and you are truly hungry for more, just hold a moment. There are three more games those made passage recently to Xbox Store but from different publishers; Just Cause 3, Kung Fu Panda Showdown of Legendary Legends and The Incredible Adventures of Van Helsing

Let’s have a sneak peak around the other three, one at a time.

The Incredible Adventures of Van Helsing: Hunt masters across length and width of the gothic landscape of Borgovia. This is action adventure game available Xbox. Also a free version can be found for December Games with Gold program for Xbox Live Gold members.