Usenet and Torrents have over time emerged as the leading file-sharing platforms currently available on the Internet. They have not only played an instrumental role in facilitating accessibility to free and often life-changing content but have also promoted the sharing culture. However, they have fundamental structural and operational differences, each with its fair share of benefits and shortcomings.

It is, therefore, imperative that you understand the strengths and weaknesses of either as they prove instrumental in helping you make a more informed decision on the platform that suits you best. Nonetheless, before weighing the benefits and effectiveness of either program, it is important that you first understand how they came to be as well as how each works.

The development of Usenet and how does it work

The Usenet protocol, NNTP, developed in the late 1970’s was introduced to the world as Netnews. The service initially stood out as a communication medium where users would exchange messages through public discussion boards known as newsgroups.

It wasn’t until the mid-1980’s that users realized that they could also upload non-word files like spreadsheets, academic papers, audio, and video. This discovery coupled with such other factors as the absence of regulations for uploaded content, ultra-fast download speeds, and guaranteed anonymity gradually transformed it into a predominantly file-sharing platform.

You should, however, note that the platform still plays host to numerous discussion forums organized according to relevance in alt binaries. This refers to posts of closely related topics. For instance, alt.binaries.pictures would apply to a newsgroup relating to pictures. When using Usenet, files and other media are only downloaded from a service provider through an SSL encrypted connection between the host and your computer.

Torrents, on the other hand, is a pure file-sharing platform that rides on the peer to peer technology. This refers to the fact that, unlike the Usenet protocol where files are distributed from dedicated servers, torrents find a home on individual client computers. Torrents, therefore, consist of software that facilitates the sharing of files from a particular internet user’s personal computer to another.

The benefits of either file-sharing technology over the other

Usenet is extremely fast. With speeds of up to 3Gbps, your internet speeds and internet service provider limits will be the only limits to how fast you get the desired file or content off the internet and onto your computer. This is made possible by the fact that you download content directly from the host servers that are connected to massive fiber optic lines.

The same, however, cannot be said of Torrents whose download speeds solely rely on the number of individuals on the network, also known as peers, sharing the file online. This implies that even with decent internet speeds, you will still not be able to download files you are interested in if they donâ€™t have peers sharing it online. The contributors of particular data are commonly referred to as seeds.

Usenet providers take pride in having accounts with anonymous and uncensored archive access. The protocol, therefore, takes advantage of the SSL encryption on all its downloads and client-server interaction during download. This makes the site quite secure by ensuring that intent on spying on your connection can only tell the server you have connected to and not the contents of your downloads. Additionally, Usenet servers employ fibre technology where data travels in the form of hard-to-decrypt light impulses.

Torrents on the hand don’t lay so much emphasis on the encryption during uploading and downloading. Anyone with basic programming skills, including the internet service provider, can join the network and spy on your activities on the torrent site. This then necessitates the need for the use of a VPN whenever you want to download torrent files.

Even though most people consider it rather traditional and out of touch with current technological advancements, like the incorporation of search engines, it still boats of having the most up to date content. With an average of 65 million file uploads ranging from pet pictures, podcasts, and new video releases, fresh content has found a permanent home in Usenet newsgroups.

The same cannot be said for torrent’s peer to peer technology because even when fresh content is uploaded on time, you still can’t access it if no one is willing to re-share it. This is particularly common with most peers as seeding often slows down their internet speeds.

Working with Torrents is relatively direct. You only have to download the client software and possibly a VPN for masking your IP address, and you are set to begin uploading and downloading content.

On the other hand, you first have to understand some underlying terms used on Usenet. For instance, while popular torrent sites like Kick-Ass Torrents or PirateBay have search engines for easier access to files, Usenet still has the alt binaries containing the newsgroups for files. To access files in a particular category, you first need to locate its newsgroup.

The fact that Usenet servers use personal repositories to store and distribute files means that they are limited to the amount of content they can handle at any given time. Most have, therefore, adopted the retention rate to inform their service subscribers of the number of days they are willing to host a file before striking it out. This retention averages at 2000 days for most Usenet servers and means that you cannot access a particular file 2000 days after upload.

However, the massively decentralized nature of the peer to peer system adopted by torrents means that a file will be available online as long as people continue to share it. Thus, data uploaded on the torrent sites have a longer lifespan when compared to the ones uploaded on the Usenet platform.

Notable similarities between Usenet and Torrents

Torrent links and registration to torrent sites is virtually free as opposed to Usenet’s paid services. Proponents of unpaid torrents argue that it is only free because it relies on the decentralization of its storage services where the peer swarms act as repositories for the files. However, torrent users in countries with stringent copyright laws have to incur VPN subscription costs.

Similarly, while Usenet is considerably well encrypted, service providers argue that the repositories require resources and a workforce to update and maintain the system regularly. Each access provider, therefore, imposes a unique subscription plan for their service with most settling on a monthly plan whose costs average between $7 and $10. Some premium services offered by some servers may cost as much $30 per month.

Safety and efficiency when downloading

Both file-sharing technologies allow for efficient file access management that often involves automating the download process. In either case, you need to first come with your media list, and a repository folder on your home computer. You can then use programs such as Sonar and Couchpotato to scour the internet for the files.

These programs search for torrent trackers in either platform and direct them to your preferred torrent down loader. The process of automating downloads is surprisingly similar for both file-sharing technologies and across operating systems.

Of the two technologies, which is better?

Usenet and Torrents have their fair share of strengths as well as crippling shortcomings. While they have several unique differences, neither can claim to be more powerful than the other as they also share some key similarities. For instance, the software used to search your Usenet indexers or Torrent trackers is the same.

Additionally, their differences complement each other, and you should consider using them both if you hope to enjoy the benefits of the two worlds. For instance, while Usenet has some of the freshest content, it has a low retention period compared to torrents. Therefore, consider using Usenet as your source of new content and torrents for old but important files as well as those pulled out of the system by the DMCA take down requests. 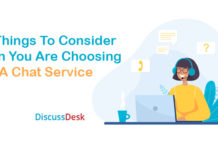