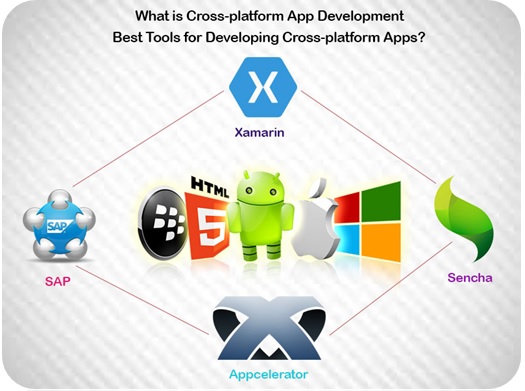 You may have an idea of developing a mobile app to introduce a venture to the market or improve your existing business. Your targeted customers may be on all platforms like iOS, Android, Windows, but you may be lacking a sufficient budget to develop separate apps for each platform. This is where cross-platform app helps you.

What Does Mean Cross-platform App Development?

PhoneGap is one of the most used cross-platform app development tools, which is owned by the tech giant Adobe. The free tool PhoneGap is more useful for first time app developers, as it allows to translate their codes from HTML5, JavaScript and CSS.PhoneGap maintains software development kits for every platform created by app developers.

PhoneGap decreases the work of the app developers, as it creates and maintains these software development kits. If developers want their team members use these kits for some checks and tests, PhoneGap allows them to share it with them. The current version of PhoneGap is free, but the enterprise version of it being developed by Adobe is expected to cost.

Appcelerator is a high quality and efficient cross-platform app development platform. Appcelerator Titanium uses JavaScript and allows to build top quality native iOS and Android apps. The tool helps to convert about 90 percent of the code instantly, which helps developers save a considerable amount of time in the app development. Enterprise customers can benefit from its virtual private cloud. If you have a sensitive company data to prevent from the unauthorized access, this feature is very helpful.

Shiva kumar a well-versed content writer working in a mobile app design company. I would like to write on technology, startups and latest technological innovations that people like to know and share with others.